It’s Father’s Day weekend, and as usual, a time for me to reflect on what has truly been one of the greatest blessings of my life:  being a dad.

This year, though, I’ve been almost overcome with the emotion of what Father’s Day means to me, because just over a month ago, we nearly lost my oldest daughter in a car accident.

The day started out pretty normal, with the kids getting ready and out the door. It was a little unusual that our three daughters, who ordinarily would ride together, rode in different cars:  one left early with her older brother, one went with her mom, and our oldest, Mary, drove herself.

I walked Mary out that morning, commenting on how nice she looked in her official FFA outfit, ready for the banquet that evening.  After saying good-bye, I watched her drive down the driveway, and then went back in the house to have breakfast.

About 15 minutes later, my phone rang. When I answered, I just heard a low voice from Mary saying, “Dad, I had an accident.  And I think I’m underneath the car.  Can you come right now?”

Panic went through my body, and I just grabbed my shoes, ran out the door, and took off driving. I knew which direction she went, and as I came upon the accident there was just one car — a bystander who had stopped and called 911 — but no medics, no police, no nothing.

Little did I know that Mary had been in that car unconscious for about 10 minutes before this person showed up and started trying to talk to her, waking her up — that’s when she called me.

I jumped out of my truck and ran towards her car, just screaming her name, “Mary!  Mary!”  and from inside the crumpled up mess of car parts, I heard her say, “Dad!  Dad!” 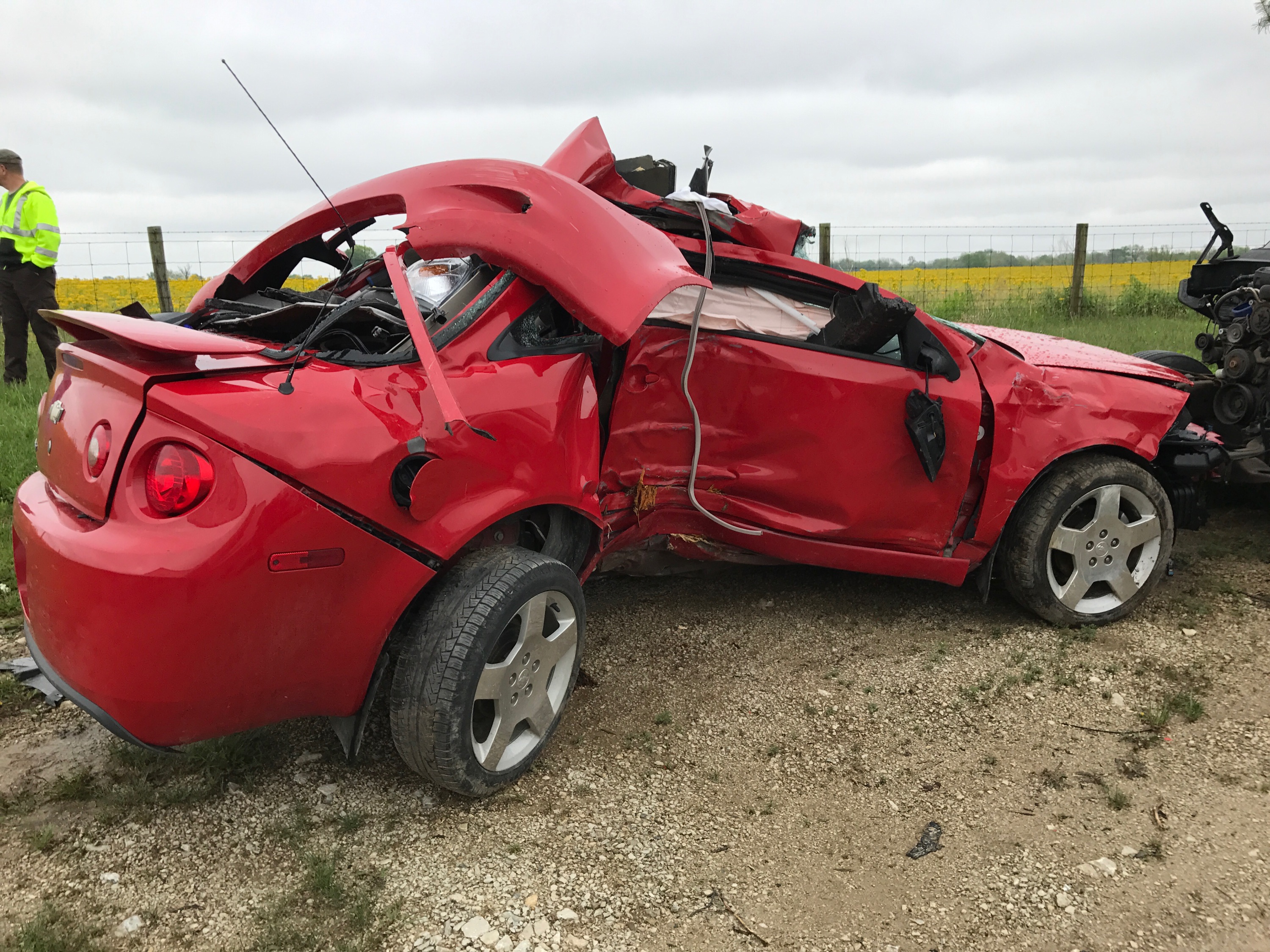 The car was completely caved in.  The passenger side was crushed all the way to the driver’s side.  The car was flipped upside down.  I later learned that a car was coming at Mary on the two-lane road and crossed over the center line.  She swerved to avoid it, but lost control, ran off the road, hit — and partially climbed — a tree, and flipped over.  The other car never stopped.

I got down on the ground and saw Mary hanging upside down with her head in a pool of blood. I tried desperately to get the doors to open, but felt more and more helpless when they wouldn’t budge. They had been totally smashed shut.

There was no way I could get in to her, so I just started talking to her, keeping her talking, trying to connect with her.

I ran around to the passenger side of the car, and I was able to get my head and arms in through a window that was smashed out to hold her as best I could just to keep her awake and talking to me while everybody started showing up: firemen, paramedics … everybody was starting to do their job.

Because the rescuers couldn’t get into the car either, they had to cut the door off.  They managed to get her out of the vehicle and onto the stretcher.  She was pretty delirious (so was I, for that matter), but she was conscious, and that was the key.  She could talk.

But she was in a lot of pain in a lot of parts of her body, which is understandable.  They had to cut her clothes off and cut her pants.  She was wearing her FFA jacket, and one of the paramedics had a child in FFA and understood how important the jacket was to her, so he spent careful time taking it off without cutting.

After they got the jacket off,  they loaded her into the ambulance and took her away.  We followed.

Much to my amazement, when she got to the hospital, she had no bleeding on the brain, no internal injuries at all.  She did have a lot of cuts from glass and a lot of bruising from the seatbelt and airbag, but the doctors told us that she was going to be fine. 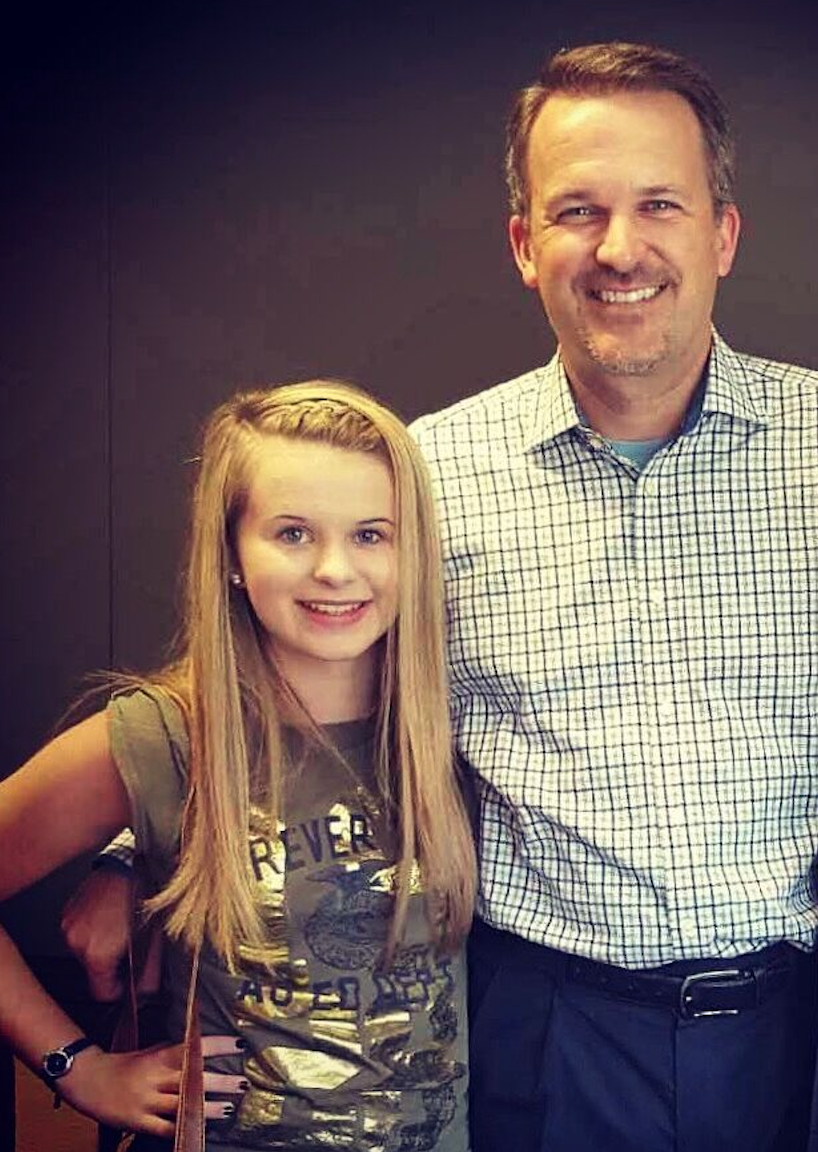 The report we received from the neurologist completely stunned us. He said that she had a double concussion, and that the frontal part of her brain had been injured from the impact, so she wouldn’t have had the capacity to use that part of the brain — the part that thinks, ‘where’s my phone’ or to looks at contacts to make a call — it would not have functioned properly.

What that means is that the back or bottom part of the brain, the part which is hard-wired for fight or flight and survival, is what enabled her to realize somehow that she was in trouble and she needed to call Dad.  Not 911.  Not the first number in her phone.

She was hard-wired to call me.

It was my —and every father’s— worst nightmare, but at the same time, every father’s hope and dream to be there for his children when they are most in need.

Yes, to see your child upside down and motionless in a car is beyond horrible, but when by God’s grace they wake up, for you to be there holding them when they’re afraid and confused; to be the one who provides that strength and comfort they need to get through it, that’s an incredible blessing.

Maybe this Father’s Day means just a little bit more, because I’ve so recently been forced to face the truth that tomorrow isn’t promised.

What an honor it is to be a dad; how fortunate I am to be a father and to be given the opportunity to teach, coach and love kids who admire and respect me.

Dads — and moms — we need to be there. Put your devices down. Be present with your kids. Be their coach, the rock they need.

We have a finite amount of time to be with our children, to hard-wire their brains to know without even being conscious that we will always be there for them.

I’m just so thankful that God spared Mary, and I know He’s got special plans for her. Life is fragile, and we need to just take advantage of every moment with our kids, our spouse, our family, and never take the blessing of being a parent for granted. 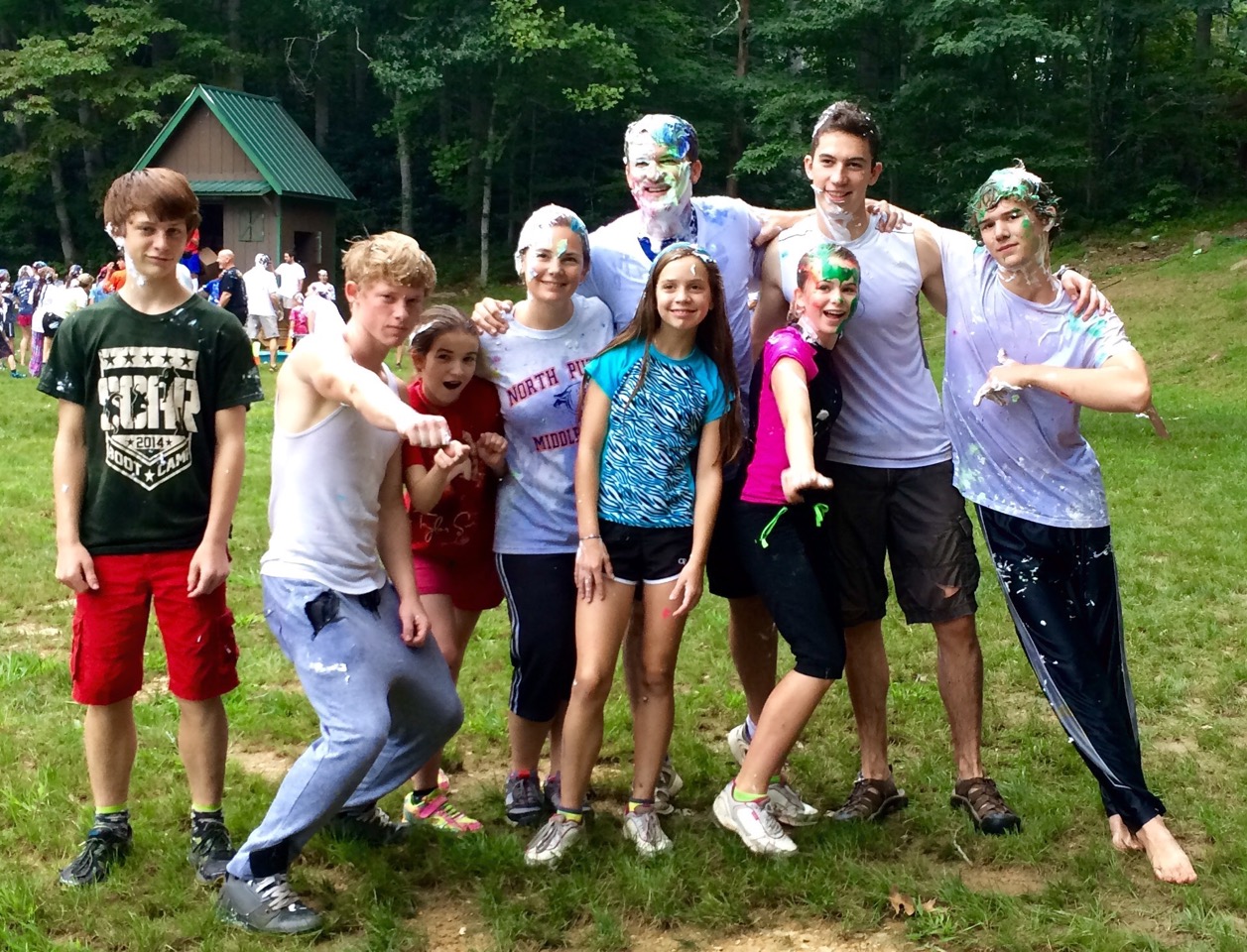