Her Heart for Service—Grace’s Adventure in Africa (Part 1)

Note from Mark Timm, CEO Ziglar Family:  In 2018, I had the opportunity to take my oldest daughter, Mary, with me on a service mission trip to Africa.  Aside from being an incredible experience for me, personally, it was exponentially amplified by seeing how the trip blessed my daughter.  She came home just bubbling over with stories for her siblings about what she’d seen and experienced, what she’d learned, and how she’d been changed.

And she planted a seed in my youngest daughter, Grace.  Here’s what happened …

While traveling to Kenya with me last year on a service mission trip, Mary noticed that it seemed many of the children she encountered didn’t have shoes. She learned that even with the many mission and service visitors to their country, nobody really brings shoes, but hundreds of kids desperately need them.

Grace heard this, pondered it, and decided to make it her Girl Scout project to collect shoes for these children.

Well, Grace really went overboard: she ended up with collection bins in all of the schools in our county, which in turn resulted in her project being showcased on the front page of the local newspaper. To make a long story short, we ended up with 1,500 shoes in our barn!

Grace then sorted through them, gathered the most usable shoes that she could find, and we packed them up in bags and in tubs.

What happened next? Well, again to make a long story short, we ended up delivering them ourselves to Nairobi, Kenya. (Believe it or not, this is more cost-effective than trying to ship them!)

So we arrived in Nairobi with 750 pairs of shoes. When we landed, we discovered that one of our bags of shoes had disappeared, but after a short hunt, we found it and put it with our six carts of bags, and headed out. 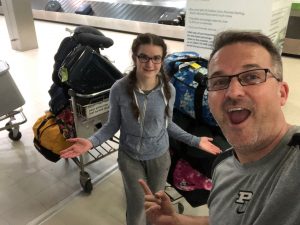 Of course, it couldn’t be that easy… as we went past security, we got stopped and flagged because of the sheer volume of what we were doing. The guy wanted $200 to let us through, saying it was “taxes on donated goods.” Not wanting to argue with him and risk losing the shoes, we just paid it. (Thank goodness I brought cash with me to handle that!)

After getting some much needed rest upon arrival, the next day we got busy.

The first place we went was called the Heritage House, and it was run by a lady who said she “started a business but ended up running an orphanage.”

At this point she prayed to God and said, “If you bless me with this business, then I will bless others.” And sure enough, God blessed her with the business, which took off, and she ended up becoming one of the larger meat distributors in Nairobi with a truck, a cooler, a packing area, and a slaughter house.

Wanting to honor her word, she prayed, “All right, God. Now what am I supposed to do?”  She ended up feeling called to act upon her love of children, so she started an orphanage. It runs like a business now, and provides a home to 163 children, all of whom we were excited to provide with new shoes.

I underestimated just how life-changing the right pair of shoes can be. I mean, I know what it feels like to get into a great pair of shoes, and how I feel when the shoes fit and everything. What I discovered is that it’s the same for everybody all over the world.

Because this was our first of many stops, and we had 750 pairs of shoes, we were able to give each of these kids the chance to actually choose the pair of shoes that they wanted, a pair that fit exactly right and had a look they loved. 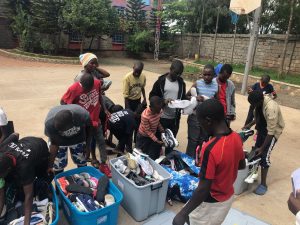 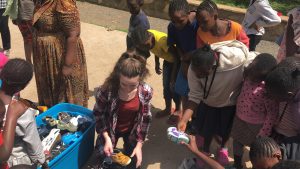 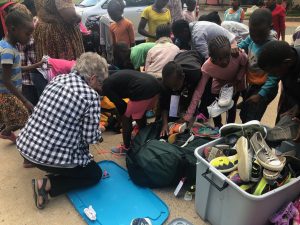 They stood taller; they bounced up and down; the way they carried themselves was so different than when they walked into the room…all because they had the right pair of shoes on their feet. 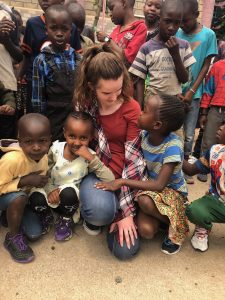 We finished that first orphanage and then went to a second, called The Shelter. It is run by a lady named Mary, who seemed to be called “Saint Mary” by everyone around her. This place had 145 kids and was very well run. It was actually started by Mary’s grandmother, who years ago started pulling kids off the street to help them, kids that had no home. Some of these were as young as four years-old, living on the streets and/or being abused.

At an early point in the history of The Shelter, they had 25 kids and were barely making it work. Suddenly, Mary’s grandmother became ill and died. Her dying wish expressed to Mary was, “Take care of these kids.” 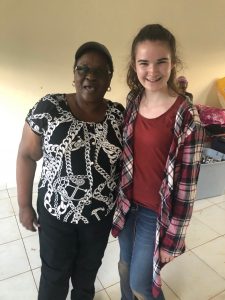 What I loved about her is that she really cared deeply for her staff, too.  Of course it was awesome giving shoes to the kids, but at one point, she brought her staff in to get shoes. They were even more fun to watch than the kids! They were so excited because they are almost never thought of when it comes to these kinds of things.

With still almost half of our shoes to distribute, we returned to our lodging for the night, excited and eager to see what the next day would bring!

(Yes, the story continues to be amazing… stay tuned for Part 2!)