Hero: Being the Strong Father Your Children Need

This week it is my privilege and honor to introduce you to Dr. Meg Meeker as our Ziglar Family guest blogger. Dr. Meeker writes with the know-how of a pediatrician and the big heart of a mother because she has spent the last 30 years practicing pediatric and adolescent medicine. Her work with countless families over the years served as the inspiration behind her best-selling books, including her latest:  Hero: Being the Strong Father Your Children Need. You can follow Dr. Meeker at megmeekermd.com and catch her podcast, Parenting Great Kids, on iTunes or Stitcher

If I asked you to name a current family TV show or movie where the dad is portrayed as anything other than the awkward, clueless, target of all the eye rolls and jokes, could you do it?

I bet you’d have to think for more than a second or two to come up with one! In most cases, fathers are portrayed and treated as second-class citizens who need to be taught a lesson by 11-year-olds.

The sad reality is that we have done a terrible disservice to fathers in our culture with the bad habit of dad shaming. Dads are portrayed in the media as bumbling idiots, the target of everybody’s joke. You just don’t see many — if any — great fathers portrayed.

As a result, even though fathers may feel like they’re trying to do a great job — and they probably are doing a really great job — they feel very insecure about what they’re doing.

What I try to do is teach parents — both mothers and fathers, but especially fathers, because they need it more than mothers — to see who they are through their child’s eyes.

Most dads find that concept hard to grasp, saying, “Well I’m not super smart, and I haven’t landed a plane with only one wing. I’ve never saved anybody who was drowning.”

It doesn’t matter. You are a hero to every one of your children until proven otherwise. You’re on a platform. All you need to do is keep from falling off!

Fathers are critical to the emotional, spiritual, physical and intellectual growth of their children. And there is plenty of current research to back that up.

Women are trained to believe that when it comes to parenting, we’ve got this handled. We do it all as we perpetually complain that you dads don’t do enough, you’re not home enough, you never show up on time, you’re never engaged with the kids, you don’t talk to the kids enough, you never take them here or there.

Mothers need to realize our children need their dads: their biological dads, adopted dads, foster dads, stepdads — any of the good men in their lives, and we need to help that process, not hinder it.

Fathers need to understand they are absolutely critical to their children. They can’t just orbit their families. They’re going to have to fight for space in the home because a lot of well-meaning but strong-headed women like me don’t want to surrender territory very easily. 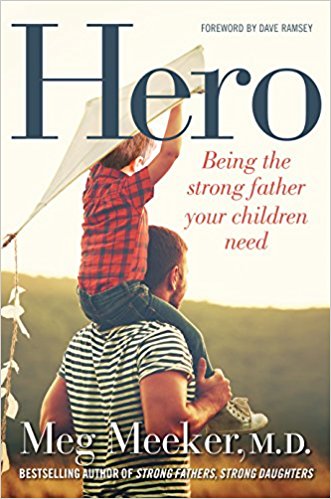 We need to encourage fathers and embrace how they parent differently from women.

There is no greater reward for any man than the title “father” and no more fulfilling words that can ever be spoken than “Daddy, I love you.”

Those are the wages of a hero.

Happy Father’s Day to all of you hero dads!