April 12th and 13th of this year (2018) are two days that I will most certainly never forget, as they are the days when I came to understand in an all-new way what a  great honor and privilege it is for me to be a father.

On April 12th, I woke up at 4:51 am so that I could get from my hotel over to Lackland Air Force Base to be with my son, Markus, and watch him do his “Airman’s Run,” which is an event that occurs just before graduation from United States Air Force Basic Training.

I had no idea what to expect, not having any preconceived notions, because I’ve never done or been around anything like this to experience it.

So there I was, sitting on an Air Force Base of the most powerful Air Force in the world, and I’m watching my son, who is running around with his squadron as a leader of his “flight” (a group of recruits, similar to what the US Army calls a platoon).

Just watching him in action, seeing his intense focus, was incredible.

And then we got a nice surprise when we saw that he had earned the title of Honor Graduate. To be an Honor Graduate, you have to be in the top 10% of all of the graduates of the entire Basic Training, and in this case there were a total of 637.

He was also the Top Marksman in his flight, and while earning these accolades,  Markus really learned a ton about himself as a leader. He learned that to lead, to really lead, you can’t just lead from a title because by that title alone he didn’t have any real authority.

The only way he could truly lead was by example, so he had to earn the respect of the guys that he was with. What a powerful lesson! He learned a lot about himself, what he’s capable of, and how strong he is.

The next day was the actual Basic Training graduation. I know there is so much that I should be saying about this graduation, but it’s hard to put it into words.

It is so impressive, so powerful.

So many times during the graduation, I felt all the hair on my body stand on end as 14 different flights, 657 Airmen total, were officially brought into the Air Force.

Every time the leaders gave a command, the Airmen all responded instantly and uniformly. It was so incredibly impressive; I’m not sure I can even adequately communicate just how impressed we all were.

In a perfect world, everybody would be able to witness a graduation like this, just to understand the discipline and the commitment that these young men and women are making to our country and to the military.

The general who spoke had great words of wisdom for all of us. He shared the history about when our armed services started implementing basic training and why.

It goes all the way back to when George Washington actually asked a Russian to help train and prepare the military. He’s the one that implemented a lot of the basic skills, maneuvers and salutes that our military uses today. The training that  General Washington put in place didn’t change at all for 85 years after Valley Forge. It’s one of the reasons why I think our military is so strong and powerful, because we have a rich history of tradition and discipline.

At the end of the day, I saw someone wearing a t-shirt representing what I would say is the best way to wrap up this monumental time in our life.

It said, “Most of us never get to meet our heroes. But I got to raise mine.”

That’s how I feel right now. I’m so beyond proud of Markus, and I look at him as one of the heroes in my life. How cool that although he’s just 20 years old, I am humbled to be able to look at my son as a hero. 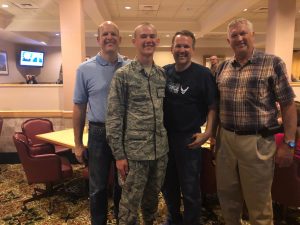 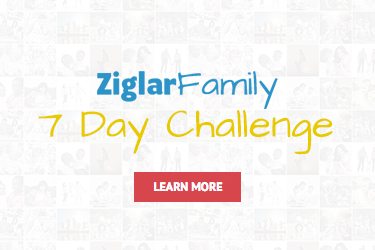